i am a good idea.

I haven’t written here for a while, but it’s not for lack of wanting to – the blog was just completely borked.

I’m not technical enough to fully understand why, so while I know it had something to do with the host server and some bad code, I prefer to think that beingcheryl.com was hijackedby a pack of evil monkeys who were using it in their plot to take over the world, a plot which was probably not very good since less than one percent of one percent of one percent of just the population of Ohio even knows about this blog, and I don’t really see how a blog where I talk how I once fake being possessed or spent eight hours in Juvie can really further their cause, but hey, they were only genetically enhanced to be EVIL monkeys, not evil GENIUS monkeys, so it’s not really their fault.

Fortunately for me, my friend and web designer Seth Lilly of Inceptiv (who also did the Drink Up Columbus design) happens to be an evil monkey slayer. 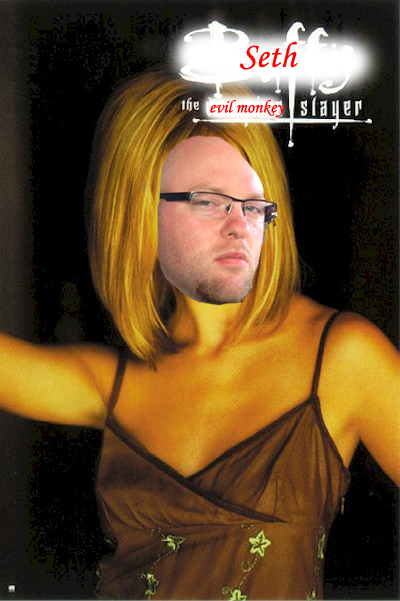 So now I am able to post again! Here’s what you missed during the monkeys’ reign:

Check back for the finished redesign in a week or so, plus some cool posts I’ve got in the pipeline – reviews of awesome products and services, community management tips, “deep” thoughts and, of course, embarassing stories about me that I probably shouldn’t post on the Internet.

On second thought, just subscribe and then you won’t have to “check back” because your inbox or RSS reader will just tell you to.

5 Responses to “The evil monkeys took over my blog”

Click here to cancel reply.
More Cheryl. Fewer characters. Add some Cheryl to your wall for stories, news, and laughs. Connect with Cheryl to expand your network! Circle Cheryl for social media insights and more! Cheryl, delivered directly to you!

Cheryl Harrison is a writer and community manager in Columbus, Ohio who loves beer and board games. Learn more.